The Streamline Era by Robert C. Reed presents the complete streamline story as it relates to trains and locomotives, where swift movement was significant.

The streamlined style, which began by rounding corners of immobile objects to usher in the moderne, swept across America in the 1930s. With its emphasis on sleek, smooth surfaces and clean, unbroken lines, the refined form keynoted a new efficiency in every aspect of American life. The word streamlined was first used to describe the glamorous new trains that appeared in the mid-1930s. In time, the term broadened into connotations both technological and aesthetic.

The Streamline Era by Robert C. Reed presents the complete streamline story as it relates to transportation. Streamlining was first applied technologically to the design of machines in motion — trains and locomotives, airplanes, automobiles, and ships — where swift movement was significant. The term was based on the scientific fact that smooth surfaces with unbroken corners offered the least resistance to air currents; hence, the idea of stream-lined, assuring the greatest potential for power and speed.

This book describes every aspect of streamlining, from the sweeping popularity of Art Deco, based on the style of the Bauhaus School of Design, to the influence of industrial designers such as Cret, Dreyfus, Bel Geddes, Kuhler and Loewy. Even several precursory experiments in the streamlining of trains dating back to 1832 are covered.

The evolution of semi-streamlining of steam locomotives, the coming of the Burlington’s famous Zephyr and Union Pacific’s colorful City of Salina streamliners, the mad rush by America’s railroads to streamline the passenger train, the invasion of the diesel locomotive which established uniformity and conformity in motive power, and those unique makeshift streamliner conversions by depression-poor railroads are all accounted for. Full chapters are devoted to streamlining of trains around the world, the streamlining of airplanes, and the development of the streamlined automobile. While true technological streamlining began on the railroads, it was of relatively short duration. Railroad streamlining began fading as America entered into World War II. Aesthetic streamlining continued to influence transportation throughout the 1940s and ’50s and its form is evidenced even today. Concluding chapters reflect a study of this continuing influence.

Inspiration for The Streamline Era stems from childhood when the author one day watched the New York Central’s streamliner Mercury streak through his hometown of Toledo, Ohio, en route from Cleveland to Detroit. From that day when he first saw Henry Dreyfuss’ sleek designed train, Reed became infatuated with streamline trains. His sustained interested in streamlining and the styles of the 1930s evolved into six years of research resulting in this book.

The author received his formal education at Miami University (BA in English and Art History), and his Master’s Degree at Bowling Green. He presently teaches American Literature at St. Stephens School in Alexandria, Virginia, and lives in the Cleveland Park area of Washington City. Besides train watching and research, Reed enjoys tennis, bicycling, and walking his Cairn Terriers. When he can, he leaves Washington to work on his Cromwell’s Run farm in the Virginia Blueridge near Middleburg.

The Streamline Era is Reed’s second book. His Train Wrecks appeared in 1968. He has recently completed another book on the subject of land transportation. The author has consistently contributed articles to railroad historical journals such as Railroad History, published by the Railway & Locomotive Historical Society. 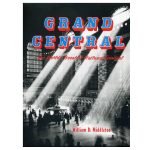