Union Pacific is one of the most modern railroads in the country. The road’s 780-mile line from Salt Lake City to Los Angeles is no exception.

Union Pacific is one of the most modern railroads in the country. The road’s 780-mile line from Salt Lake City to Los Angeles is no exception. To the uninformed it would seem as if the railroad was built just yesterday, yet the history of this, the Salt Lake Route, now spans more than a century rich in the annals of railroading and the American West.

As far as transcontinental railroads are concerned, the Salt Lake Route is a late bloomer, yet it is a true pioneer. The location of the railroad, connecting the City of Saints (Salt Lake City) with the City of Angels (Los Angeles) was built through largely undeveloped country more or less following the Old Spanish Trail. It even founded the City of Las Vegas, Nevada.

Laid out in chronological format, this volume covers in detail every aspect of the Los Angeles & Salt Lake Railroad’s construction and operation, its merger with Union Pacific in the Twenties, and the challenges of competition, wartime and coping with the demands of the country it traversed.

The San Pedro, Los Angeles & Salt Lake Railroad; Union Pacific’s Salt Lake Route was first published in 1988 and has long been out of print. However, since the initial printing, much has happened on the old Salt Lake Route and considerable additional material has come to light. A desire to revise, correct, update and expand the first edition has resulted in this volume, and, with modern printing methods available today, it includes a great deal more color than the original and 64 additional pages, 48 period graphics and timetables, 52 maps, 415 photos of which 81 are in color, bibliography and index. 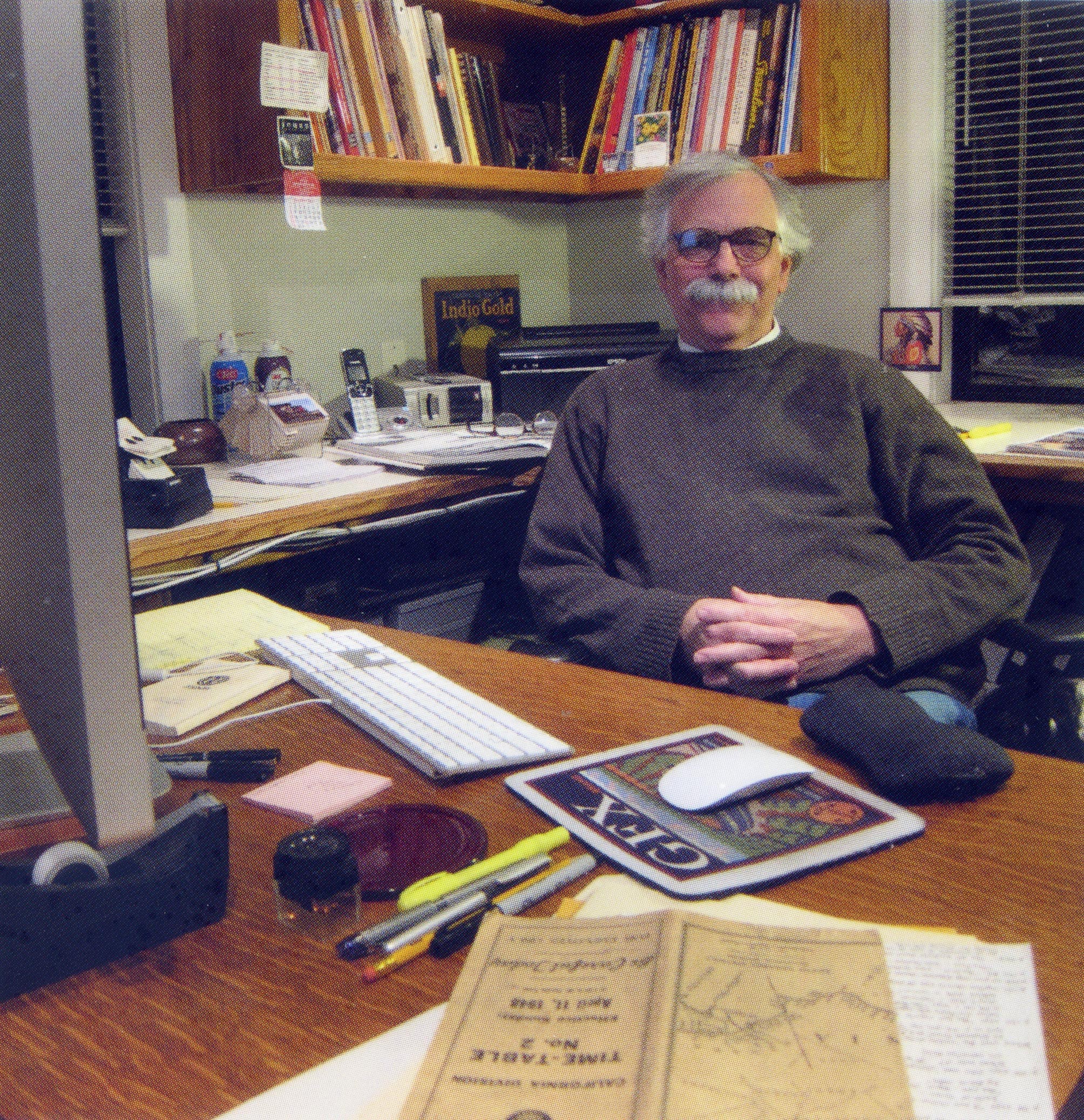 Raised in Southern California, Mr. Signor traces his interest in trains to a Cub Scout merit badge on model railroading he earned in the late 1950s. By taking the passenger trains of the Southern Pacific, Union Pacific and Santa Fe, he and his friends had, by the early 1960s, discovered the interesting railroad scene in Los Angeles and made regular treks to such legendary places as the Summit of Cajon Pass and the Tehachapi Loop.

Blessed with a natural ability, he pursued an art degree through college and began working as a freelance grahic designer in the San Francisco Bay Area in the early 1970s. In 1974 he wound up working in train service for the Southern Pacific, a railroad career he pursued for the next 20 years.

While working out of Dunsmuir for SP he began writing down the stories of the men he was working with, which led to the publication of his first book in 1980. To date he has authored or coauthored 14 books on Western railroad history. Using the knowledge gained, he has served as a consultant to both the SP and UP railroads. In addition, his unique maps have been included in dozens of other books and periodicals. He is past editor of the Union Pacific Historical Society magazine, The Streamliner, and currently edits the quarterly magazine for the Southern Pacific Historical & Technical Society.

Now retired, John and his wife Julie, live in Dunsmuir, California, where he continues to write, paint and work on his Southern California-based HO model railroad.